Construction has begun on the first stage of the SH1 Papakura to Drury South project following the award of a contract to widen the Southern Motorway between Papakura to Drury. Waka Kotahi NZ Transport Agency has announced Fulton Hogan as its construction contractor.

Stage 1 of construction covers works within the existing motorway boundaries from the north side of Papakura interchange to the south side of the Drury motorway service centre (approximate area shown in plan above).

Key features of this first stage include:

More details about the SH1 Papakura to Drury South Project can be viewed in the adjacent plan or on the the Waka Kotahi NZ Transport Agency website.

The Park Estate Road bridge over the highway is being replaced and raised to provide for additional lanes underneath, improved vehicle clearance and walking and cycling paths. The bridge will also provide for new water supply infrastructure and for future improvements.

The design of the new bridge has been developed in collaboration with Mana Whenua to represent the historical significance of the area for food production and trade with a kono (food basket) weaving pattern (concept design shown in adjacent photo).

Waka Kotahi NZ Transport Agency advise that the replacement of the bridge is being carefully staged to maintain access to Park Green and for those living, working or worshiping on the western side.  A single lane and footpath will be maintained for access throughout the construction phase. 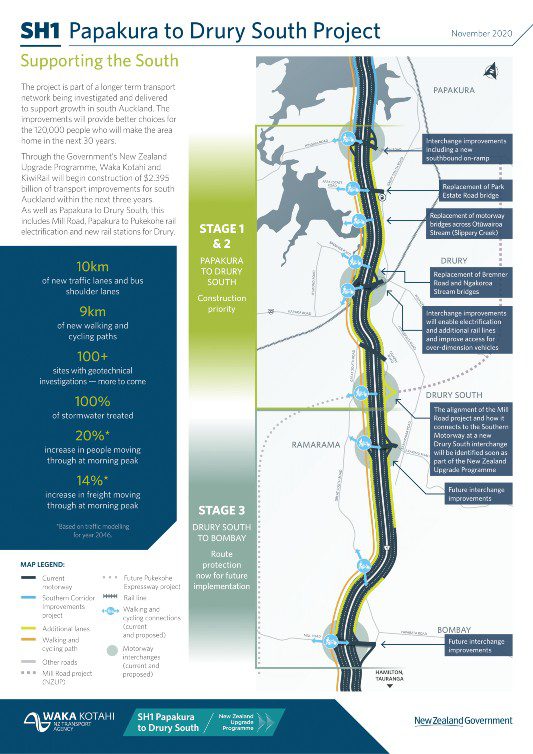 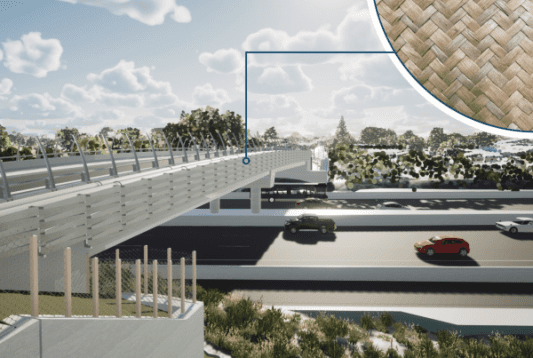