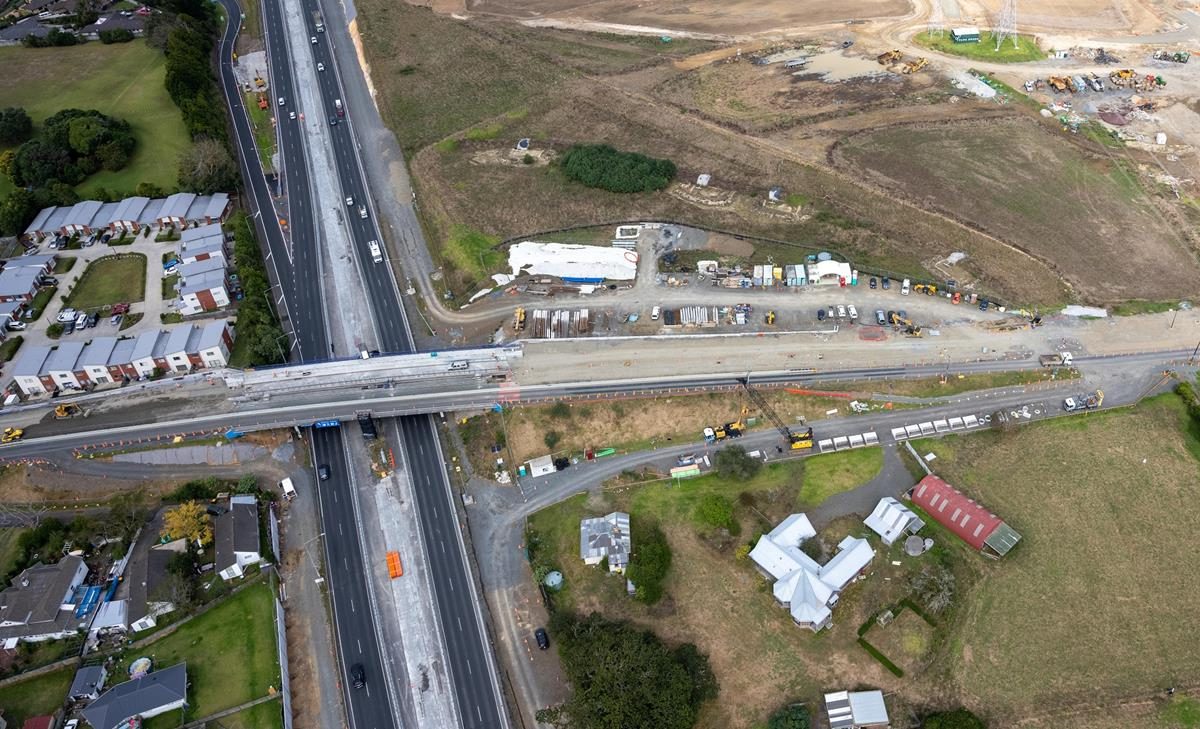 Waka Kotahi NZ Transport Agency (NZTA) is replacing the existing Park Estate Road overbridge as part of the Stage Highway 1 (SH1) Papakura to Drury South project (the project) as its supporting central and side structures cannot accommodate the additional motorway lanes to be built underneath. As part of the replacement, the bridge is being raised and the eastern and western approaches on either side of SH1 are being rebuilt. Most of the existing underground services along the approach to the new bridge are either being relocated or replaced as part of the work.

Work is now underway building the approaches on both sides of Park Estate Bridge (pictured below left, western side and right, eastern side). The new road pavement is being built up in layers and is supported by large retaining walls on both sides of the bridge. Water carts are operating regularly to suppress dust.

The old Park Estate Bridge will be demolished after traffic is switched onto the southern half of the new bridge. This is anticipated to occur in mid-late May. The existing Park Estate Bridge will be demolished over a 14-hour period on a Saturday night. This entails a night of full motorway closure between Papakura and Drury interchanges with traffic detoured in both directions along Great South Road and Beach Road. Vehicle and pedestrian access to the western end of Park Estate Road will be closed other than to residents and the emergency services.

The new bridge completion is expected in December 2022.